Introducing the Happily Never After Series 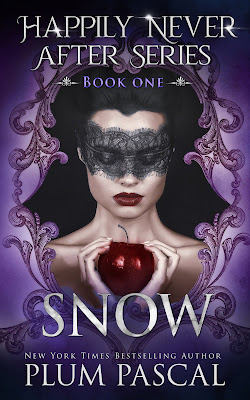 Fairy Tale Princesses Like You’ve Never Seen Them Before…
10 Champions destined to defeat an evil that threatens to wipe out the land of Fantasia...

Bought and sold for male entertainment, Neva Valkoinen, or Snow White, as patrons know her, dances for the wealthy and lecherous at the Wicked Lyre Tavern in the city of Ascor.

Void of her memories, Neva’s life before the age of twelve, is a mystery she has no time to solve, chained as she is to the cruel whims of her master.

Enter Herrick Vorst. The most handsome stranger Neva’s ever seen. Herrick purchases a night with Neva but doesn’t touch her. Instead, he asks her questions she can’t answer and reveals his belief that she’s a witchling capable of great magic.

When Neva is purchased by another stranger a few nights later, she learns this one wants her heart. To carve out.

Narrowly escaping certain death, Herrick comes to Neva’s rescue and brings her back to his cottage where she meets his brothers, Reve and Malvolo. Reve is currently stuck in the land of dreams, courtesy of a curse. And Malvolo is surly, letting it be known he wants nothing to do with Neva. Well, he might want something to do with her body…

With no other options, Neva is forced to put her trust and hope into these three sinfully sexy brothers who hide a secret of their own…

Searching for answers to her past, the four embark on a journey into the shadowy world of magic and monsters, wars and treachery, and lustful desire.

Something dark brews on the horizon.
A huntsman lurks in every shadow.
But nothing can keep Neva’s mind from her burning need for Reve’s touch in the land of dreams, for Herrick’s stolen kisses and for Malvolo’s all-consuming hunger.

New Release in the Bryn and Sinjin Series! 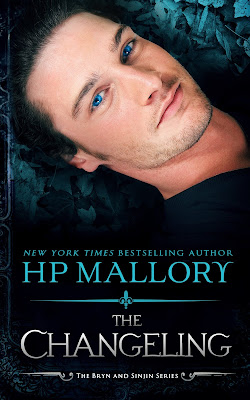 Hi All!
Just a quick post to let you know the 8th book in the Bryn and Sinjin series, The Changeling, is now available!
Posted by HP Mallory, Author at 8:43 AM 1 comment: 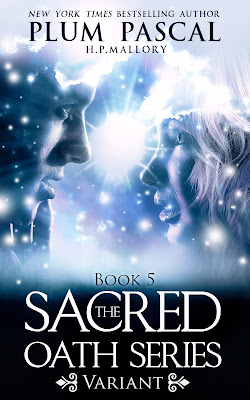 Just a quick note to let you know book 5 of the Sacred Oath Series is now available!

Dragan and Baron are at each other’s throats.
Cambion turned on us and is imprisoned by his brother.
Theren is still under the power of the Midnight Queen, as is Variant.
And fae creatures are being sacrificed for their life essence.

Everything is falling apart and the end is looming.
The darkness within me continues to take its toll on the angelic side of me and I can feel the lightness within me dying.
But the only thing that matters at the moment is freeing the fae from Variant and Morrigan.
But that’s a tall order…

If you haven't started this series yet, give it a shot!
Posted by HP Mallory, Author at 5:11 PM No comments: 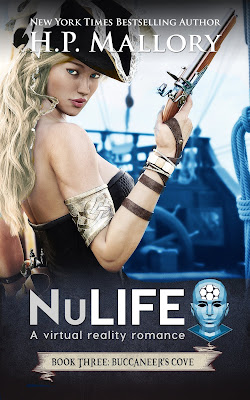 Hi Everyone!
Just wanted to let you know I have a new release today!
Book 3 in the NuLife Series, Buccaneer's Cove!
This one is a pirate adventure in the virtual reality game world and it's a wild ride!
So jump on in, me mateys!

Posted by HP Mallory, Author at 9:40 AM No comments: 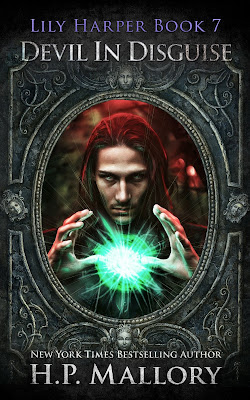 When Lily finds herself reunited with Tallis and Bill after her last harrowing escape from The Underground City, she'd like to think things are finally getting back to normal.

But, things are far from getting back to normal. And in this episode of the Lily Harper Series, Lily will find herself:

... in danger of being sent to Shade for one hundred years
... still the subject of Alaire's fascination and now he's more determined than ever before to make her yield to his entreaties
... returned to the Underground City, and more pointedly the seventh circle, where she'll have to survive amidst the battling Blood Plains
... and last, but not least, there's a new character in town--the Minotaur who just happens to spark something within Lily she doesn't understand. 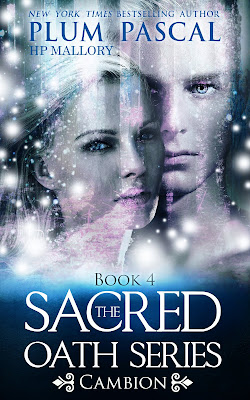 Just a quick announcement to let you know the 4th book in my Sacred Oath Series, Cambion, is now available!

Darkness is winning. I can feel my control slipping away. Little by little, my angel lightness is dying and the succubus is taking over…

And my companions realize it as well—my white hair and blue eyes are turning black.

Even though I love Dragan and Baron, I need Cambion’s light in order to balance the darkness within me.

But, Cambion hates me and always has. Yet, he’s the only creature of the light strong enough to survive my feeding from him.

Well, there is one more who could survive it… Variant. But Variant is under the control of a powerful entity who plays him like a puppet. That means, Variant still wants me dead…

To make matters worse, Morrigan, The Midnight Queen, doesn’t appear to be the savior we thought her to be. And when Cambion’s brother, Theren, brings his Unseelie army into the sanctity of The Veil, all hell will break loose.

Literally.
Posted by HP Mallory, Author at 11:10 AM No comments: 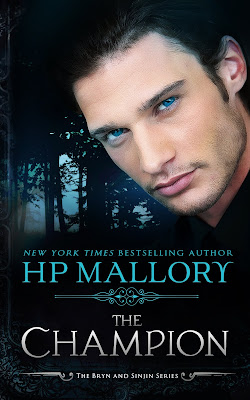 Very excited to let you know about my newest release, the 7th book in the Bryn and Sinjin Series! THE CHAMPION!!!

If you love vampire romance, you don't want to miss this one!

When Bryn finds out she’s pregnant, she’ll have to deal with the fact that Sinjin doesn’t believe the baby is his—how could it be? He’s a vampire, after all, and incapable of reproducing. At least that’s what everyone thought…

As if dealing with Sinjin isn’t enough, Bryn and Dureau have decided to move forward with their plan to contact Luce’s tribespeople through their dreams. Bryn and Dureau both hope to enlighten Luce’s people that they’ve been fed nothing but lies and that a better future awaits them if they agree to join Jolie’s court. But, that plan doesn’t exactly go as Bryn and Dureau hoped it would…

How will Dureau respond when he finds out Bryn’s pregnant? And what happens when Bryn and Dureau are forced to accept the help of Monsieur D? And will Sinjin ever believe he’s the father of Bryn’s child?

Find out in The Champion, the seventh book in the Bryn and Sinjin series!

Posted by HP Mallory, Author at 2:02 PM No comments: