Hi All,
Just a quick note to let you all know I have a new release out today!
Peyton Clark book 4!
If You've Got It, Haunt It 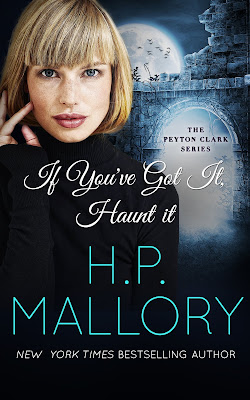 Having two men in your life, vying for your attention, is hard enough, but what if one of those men is dead?

Peyton Clark moved to New Orleans with two thoughts in mind--to escape a bad marriage and to fix up the huge mansion her great aunt left her. While her bad marriage becomes a thing of the past, her ownership of the house on Prytania Street is threatened. By whom? None other than a relative of Drake's, the ghost who happens to be haunting Peyton's house. Luke Montague is the embodiment of Drake in everything but disposition and he's proving to be a big thorn in Peyton's side.

To make matters worse, Peyton's health and her very sanity is suffering by some unseen force. Visions of ghosts dance in her head, warping her understanding of what's real and what isn't. Furthermore, these visions prove to be a warning of a larger threat that's impacting the city--antiques are going missing, stolen by the ghosts of children.

When Peyton gets involved, she'll face more than she bargained for--including witches, possessed dolls, a strange dog, ghostly pirates and her teenage niece.

Join Peyton Clark on her fourth adventure and prepare yourself for an ending that will knock your socks off!

Posted by HP Mallory, Author at 6:52 AM No comments: 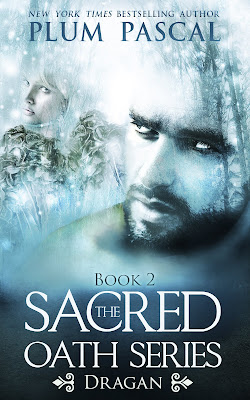 Just a quick post to let you know the second book in my newest series, The Sacred Oath Series, is now available!

I've started a new pen name, Plum Pascal, for all my reverse harem books. Stay tuned for new releases coming under this pen name as well as a new website, etc.

I thought I was a pure-bred angel, but I soon find out I’m so much more…

When huge black, rubbery wings shoot out of my back, I learn I’m part Succubus, part demon.

Even with this epiphany, I’m still no closer to understanding who I am, where I came from, or why I’m missing my memories.

Worst of all, the one person I trusted above all others, Dragan, the King of Shadow, turned on me. You’d think the fact that we both possess shadow magic would bring us closer, but it doesn’t.

Learning I’m a crossbreed, Dragan shuns me. Where once we shared passionate embraces, now he’s coldly suspicious and distant. And the King of Nature, Cambion, treats me even worse, rebuking me with expressions of disgust and rude comments.

Strangely, Baron, the King of Death, is the only one who accepts what I am. He says it’s because we are one and the same—the shadow magic that animates him, also animates me.

Good thing I have an ally in Baron because I’m stranded in an unfriendly world I know little about. Everywhere I turn, enemies are after me, eager to return me to the King of Angels, Variant, who wants me dead.

With the way things are going, I wonder if Dragan and Cambion still believe I’m the answer to defeating Variant or maybe they’re more inclined to deliver me to my fate at Variant’s hands…

I’ve fought my closeness with Eilish for this reason. Maybe it’s why I reacted so badly at discovering she’s more than she is—that she’s Succubus. Maybe my reaction was just an excuse to crawl back into my hardened shell, to refuse to be close to her.
No, I tell myself. Your reaction was born from the fact that she fooled you. She seduced you and you fell for it, because that’s what Succubae do.
Yes, I know only too well what Succubae do—how they destroy a man, how they suck from him his very will to live.
It’s hard to be near her, especially when only a few moments ago I was reminding myself how dangerous closeness was. I continue to question who the true Eilish is—an innocent angel, or a highly deceptive demon?

She appears so alone out here. So small. Not the creature I’ve become so wary of, but a confused girl trying to navigate a world of which she knows very little.
Regardless, my sympathy is in short supply, and I refuse to reveal the softer side of my feelings toward her. Ever since Variant’s betrayal, trust is not a commodity in which I’m willing to trade.

She’s clearly a crossbreed. And as a crossbreed, I’m convinced, she’s all the more powerful, able to draw on the powers of light and dark. Furthermore, I must also admit this darkness within her appeals to the darkness within me. I knew there was something about her that called to me.
Unlike Dragan, I’m not attracted to her angelic nature. Her lightness might entrance him, but it does nothing for me.

###
Eilish
Large hands grip my wrists as the right side of my face bashes into a large and broad chest. When I look up, I find Dragan glaring down at me.
I’m relieved.
He’s furious.
“What are you thinking?” he demands. He doesn’t drop his hold around my wrists but continues to clutch them, as though he’s afraid I’ll take off if he releases me…